DETR still uses CNN for feature extration and then use transformer to capture context of objects (boxes) in images. Compared with previous object detection model, e.g., MaskRCNN, YOLO, it doesn’t need to have anchor and nonmaximal suppression, which is achived by transformer. Besides DETR could be directly applied for panoptic segmentation (joint semantic segmentation and instance segmentation).

DETR could be visualized as below:

The architecture of transformer is shown as below: 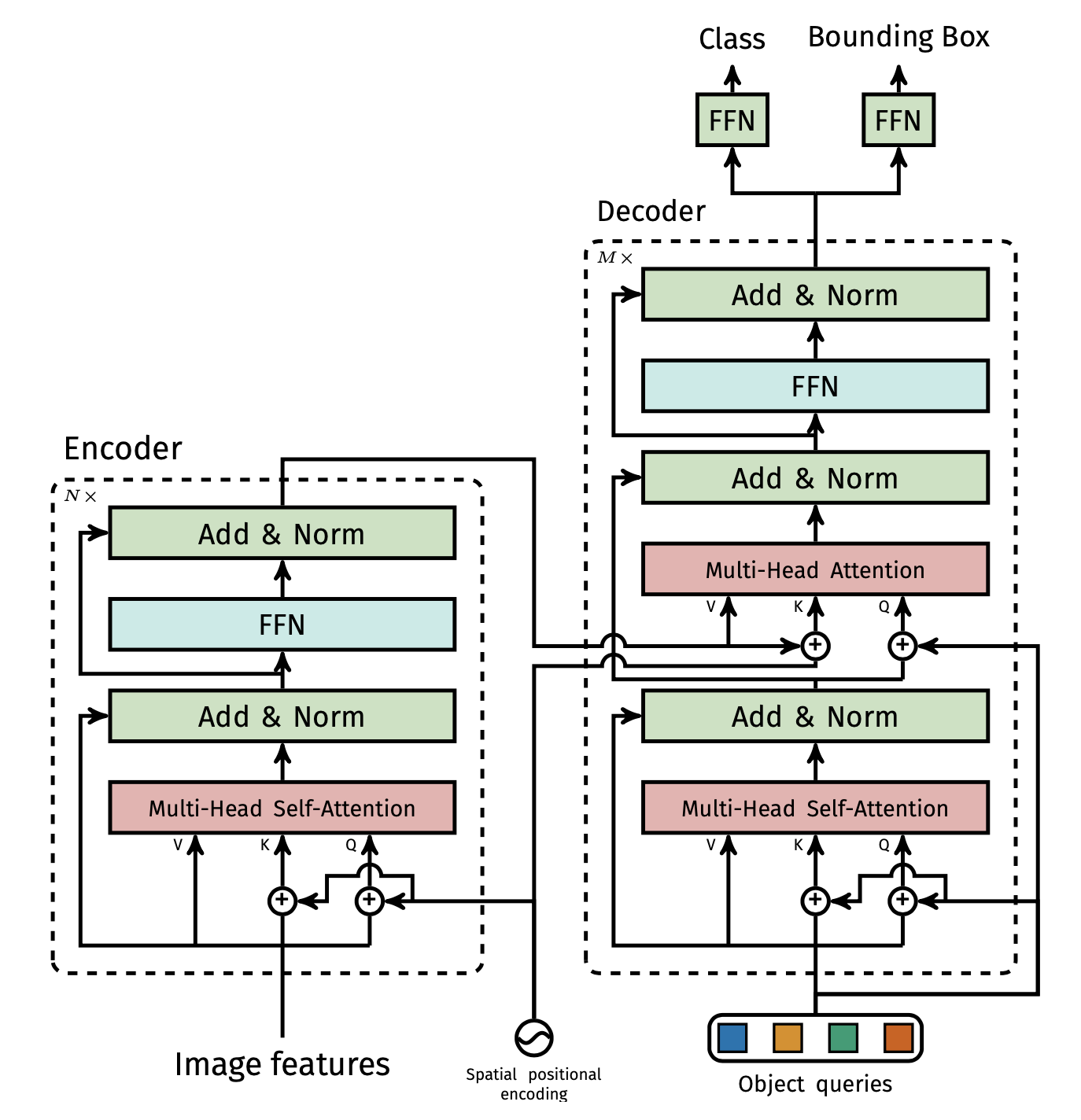 DETR estimates N object detections for each image, where N is set to be larger than max possible objects in the images. N is fixed as part of network. DETR relies on Hungarian loss, which measures the an optimal bipartite matching between estimation (\(\hat{y}\)) and ground truth (y) objects and then optimize object-specific losses.

For bounding box loss, the paper proposed to use linear combination of \(\ell_1\) loss and generalized IoU loss, which is scale-invariant:

The paper trained DETR with AdamW [26] setting the initial trans- former’s learning rate to 10−4, the backbone’s to 10−5, and weight decay to 10−4. All transformer weights are initialized with Xavier init, and the backbone is with ImageNet-pretrained ResNet model from torchvision with frozen batchnorm layers.

The paper used scale augmentation, resizing the input images such that the shortest side is at least 480 and at most 800 pixels while the longest at most 1333. To help learning global relationships through the self-attention of the encoder, we also apply random crop augmentations during training, improving the per- formance by approximately 1 AP. Specifically, a train image is cropped with probability 0.5 to a random rectangular patch which is then resized again to 800-1333. The transformer is trained with default dropout of 0.1.