The facial landmark detection algorithms can be divided into three major categories, according to their ways to utilize the facial appearance and shape information:

This note will focus on the regression-based methods, especially those based on deep learning.

The first stage (takes large portion as input) is able to generate high precision prediction and the next two stages (take patches centered at the predicition of first stage) further refines the prediction.

Note the convolution layer used in this Cascaded CNN is slightly different from typical ones: each map in the convolutional layer is evenly divided into p by q regions, and weights are locally shared in each region.

This work (TCDCN) proposes to we to optimize facial landmark detection together with heterogeneous but subtly correlated tasks, e.g.head pose estimation and facial attribute inference. This is motivated by one task (e.g., head pose estimation) could help others.

To address different tasks may have different learning difficulties and convergence rate, task-wise early stop criterion is proposed, which is based on training error and validation error.

Compare with Cascaded CNN mentioned above, the TCDCN has only one network and predict all landmarks together. 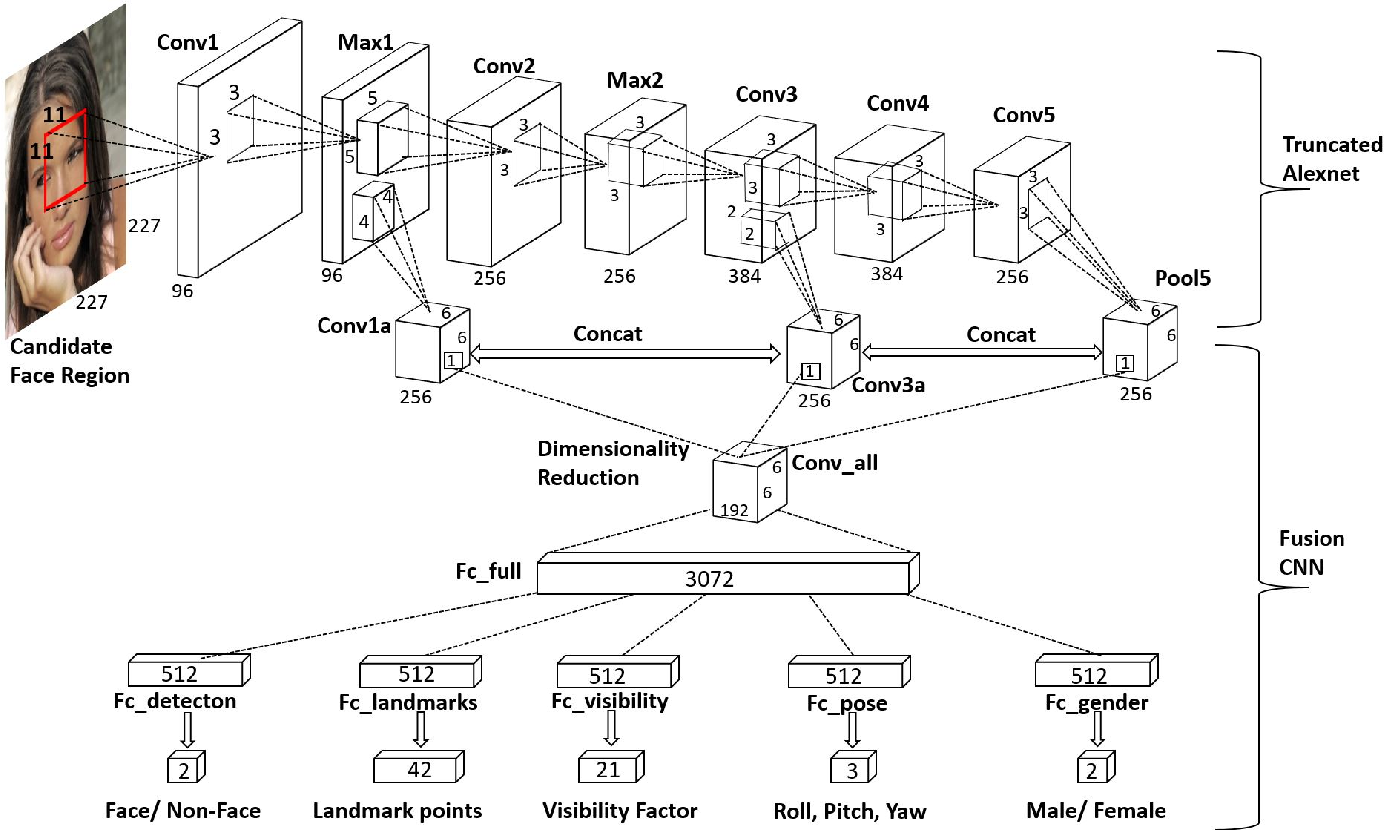 HyperFace also tries to solve face detection, landmarks localization, pose estimation and gender recognition jointly, but by fusing the intermediate layers of the network. This is based on observation that while the lower layer features are effective for landmarks localization and pose estimation, the higher layer features are suitable for more complex tasks such as detection or classification

The network is based on R-CNN. 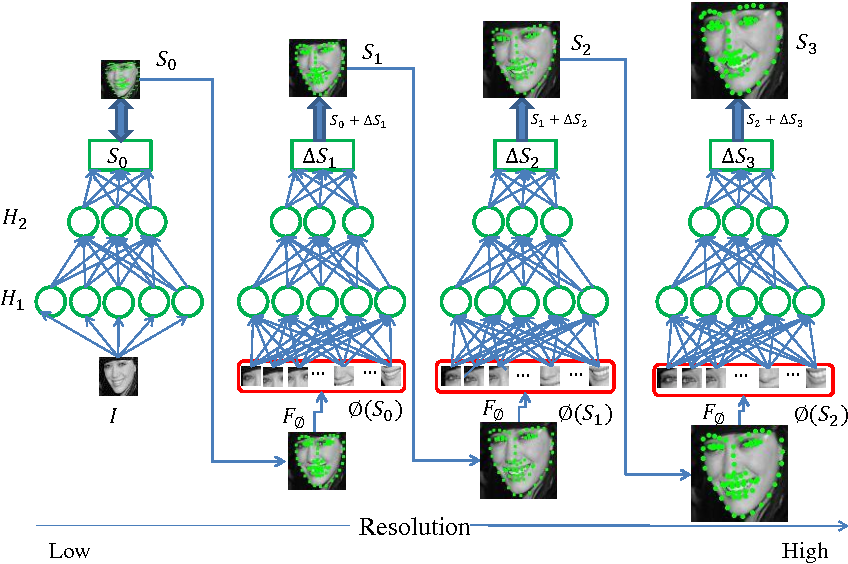 CFAN also proposes a cascade neural network but instead of using CNN it uses Auto-Encoder. The first stage predicts the landmark location quickly from low resolution images; the next stages refines the prediction of previous stage with higher resolution images.

The first stage uses the whole face image as input and generates the locations of all landmarks. The next stage uses the patches extract around each landmark and concates them together, to explore the face model constraint. 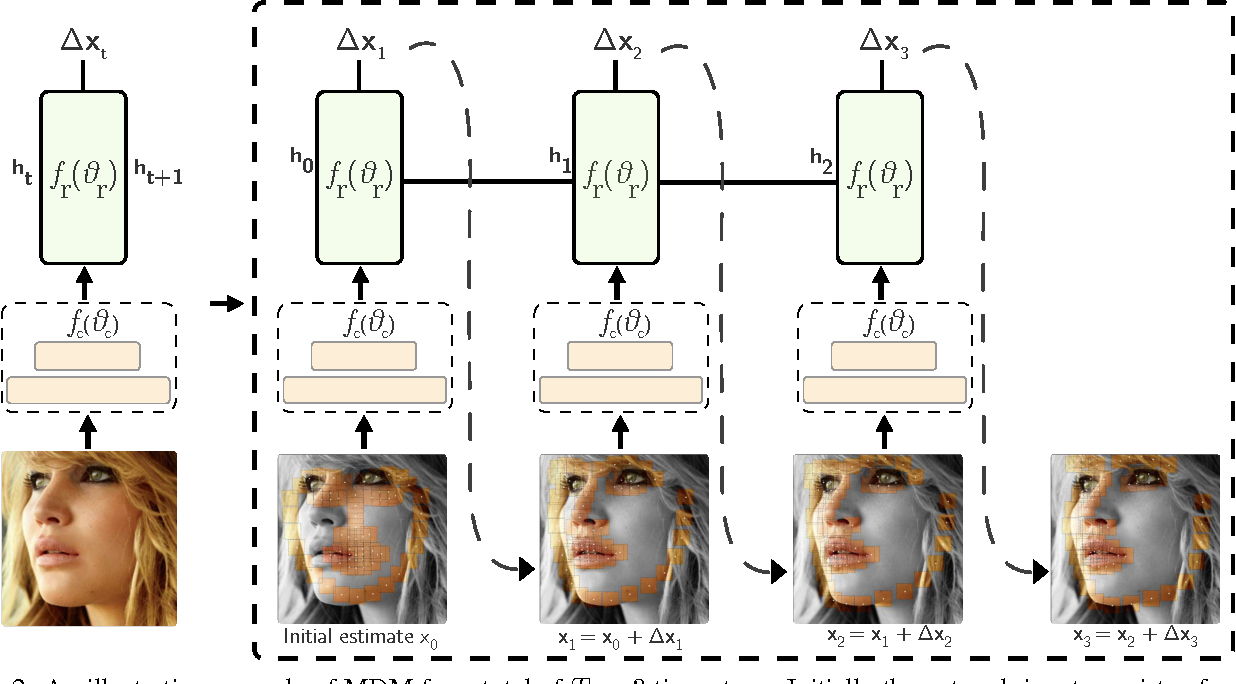 The 3D face model is based on 3D morphable model (3DM-M): where $\bar{S}$ is mean face model, $A$ is the principal compoennts computed from faces with neural expression and $B$ counts for expression change.