NeRF in the Wild

This note discusses NeRF in the Wild: Neural Radiance Fields for Unconstrained Photo Collections. NeRF-W addresses the central limitation of NeRF that we address here is its assumption that the world is geometrically, materially, and photometrically static — that the density and radiance of the world is constant. NeRF-W instead models per-image appearance variations (such as exposure, lighting, weather) as well as model the scene as the union of shared and image-dependent elements, thereby enabling the unsuper- vised decomposition of scene content into “static” and “transient” components.

The architecture of NeRF-W is shown as below: 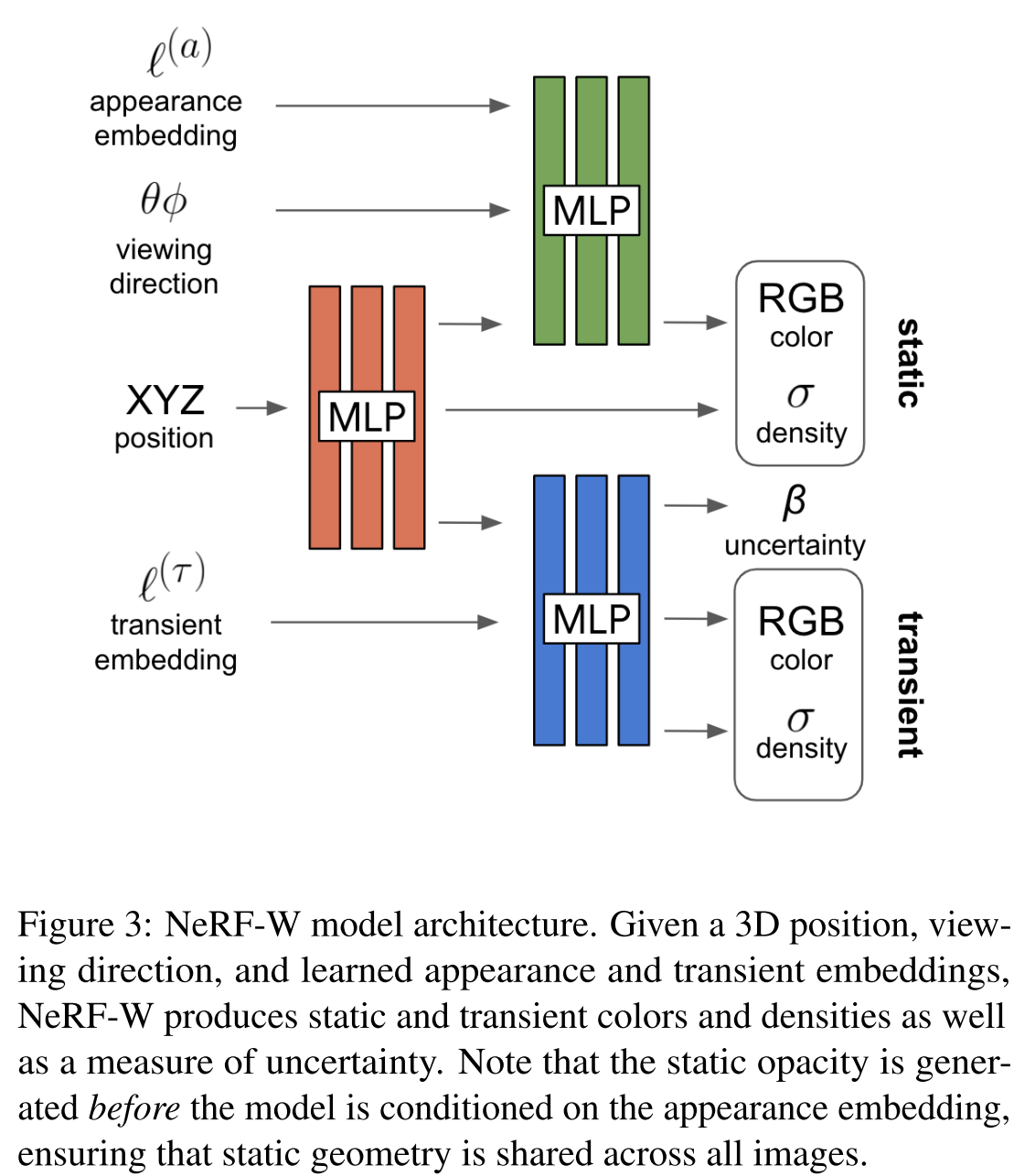 To remove the assumption of scene being static, NeRF-W introduces two improvements:

The dimension of the embedding is 48 for appearance embedding and 16 for transient embedding.

This figure shows the impact of each component. 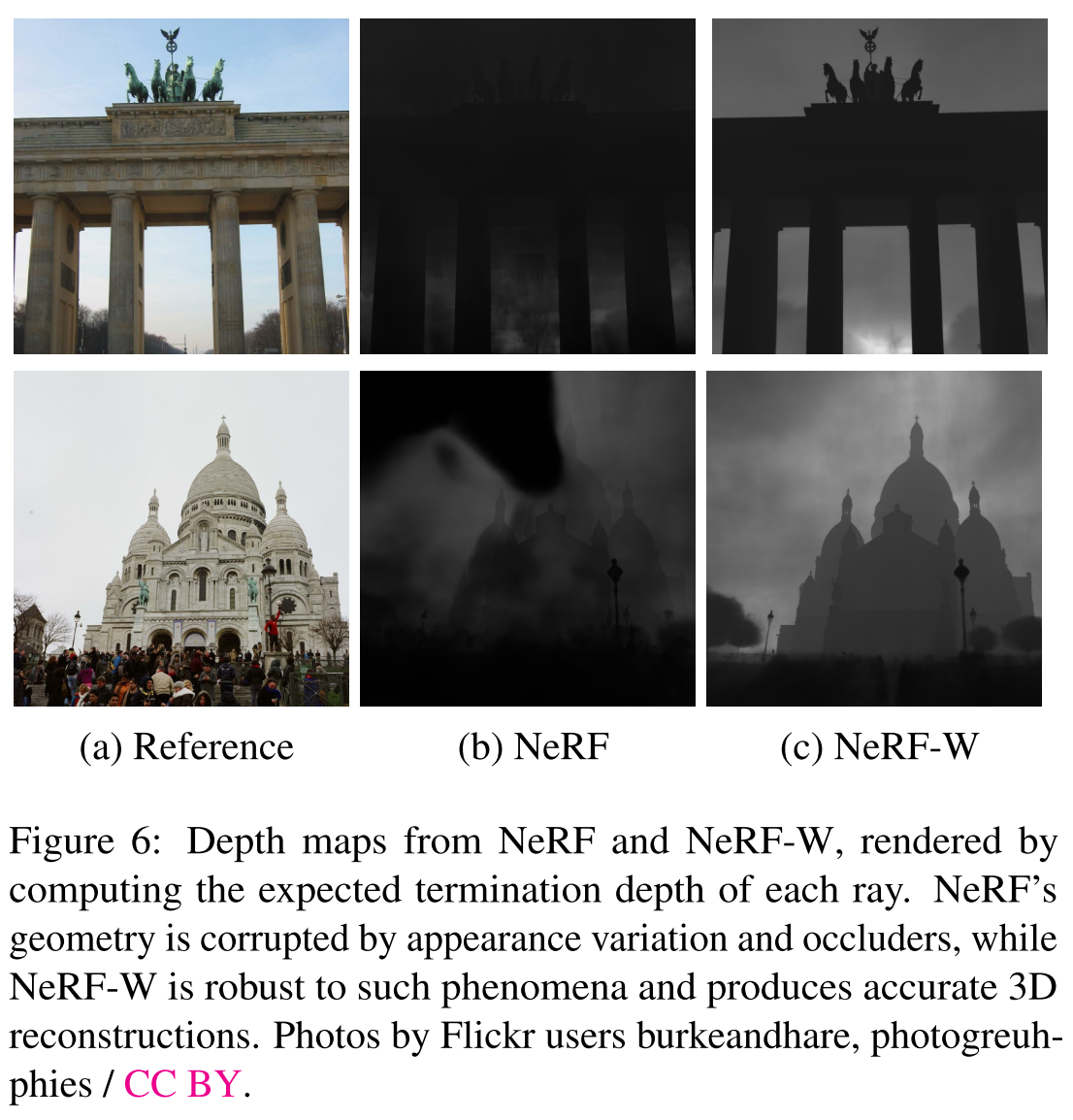 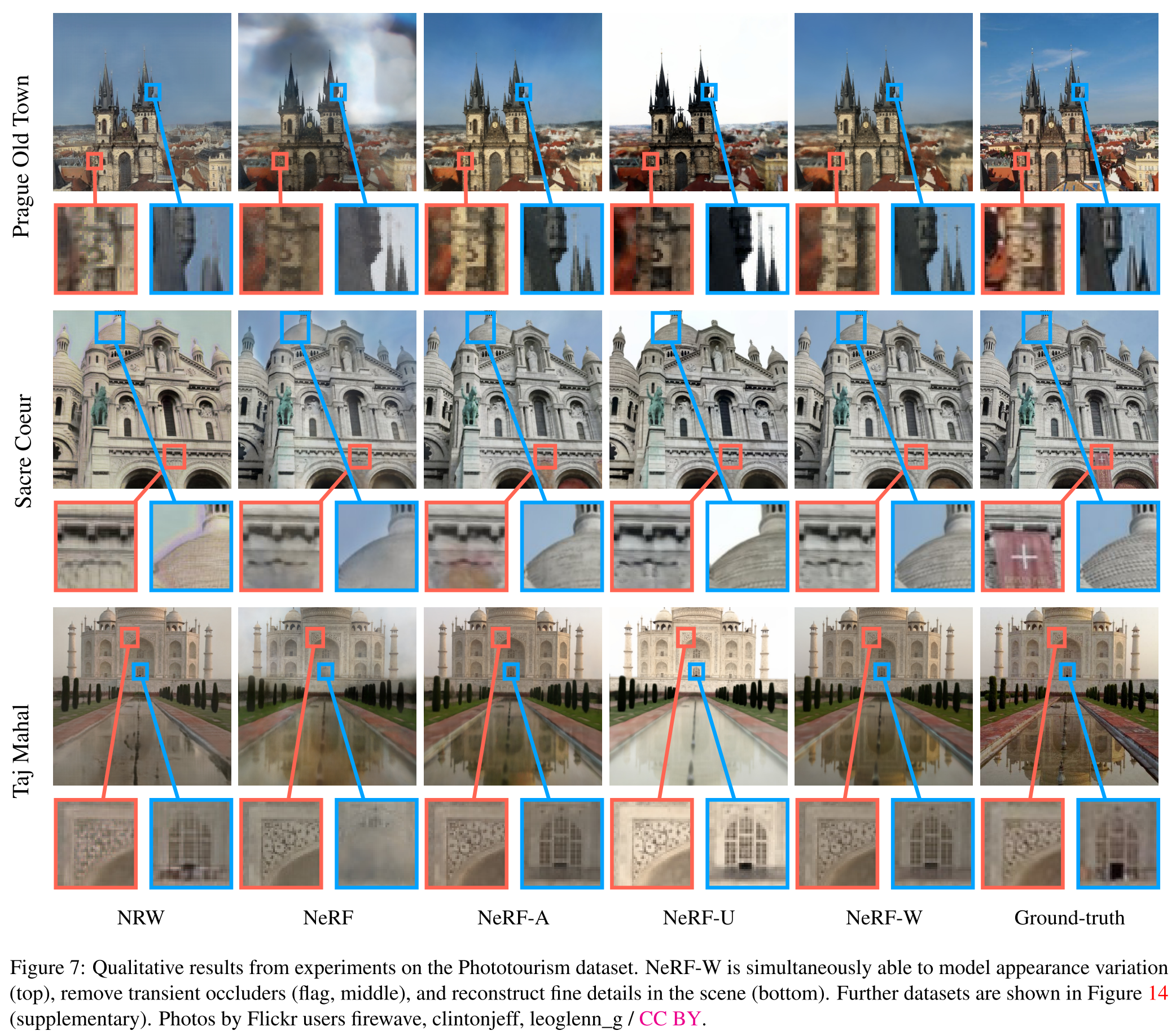