This is my reading note for Residual Parameter Transfer for Deep Domain Adaptation, which is for domain adaption. Different from existing methods, which mostly aims to learn a network to adpat the (feature) of target domain to the source domain, this paper learns a transform on the parameters of network trained on source domain to the network for the target domain.

This figure shows an example of the proposed method on digit recognition basde on LeNet, where the parameters of target network is computed from source network, via the residual transform. 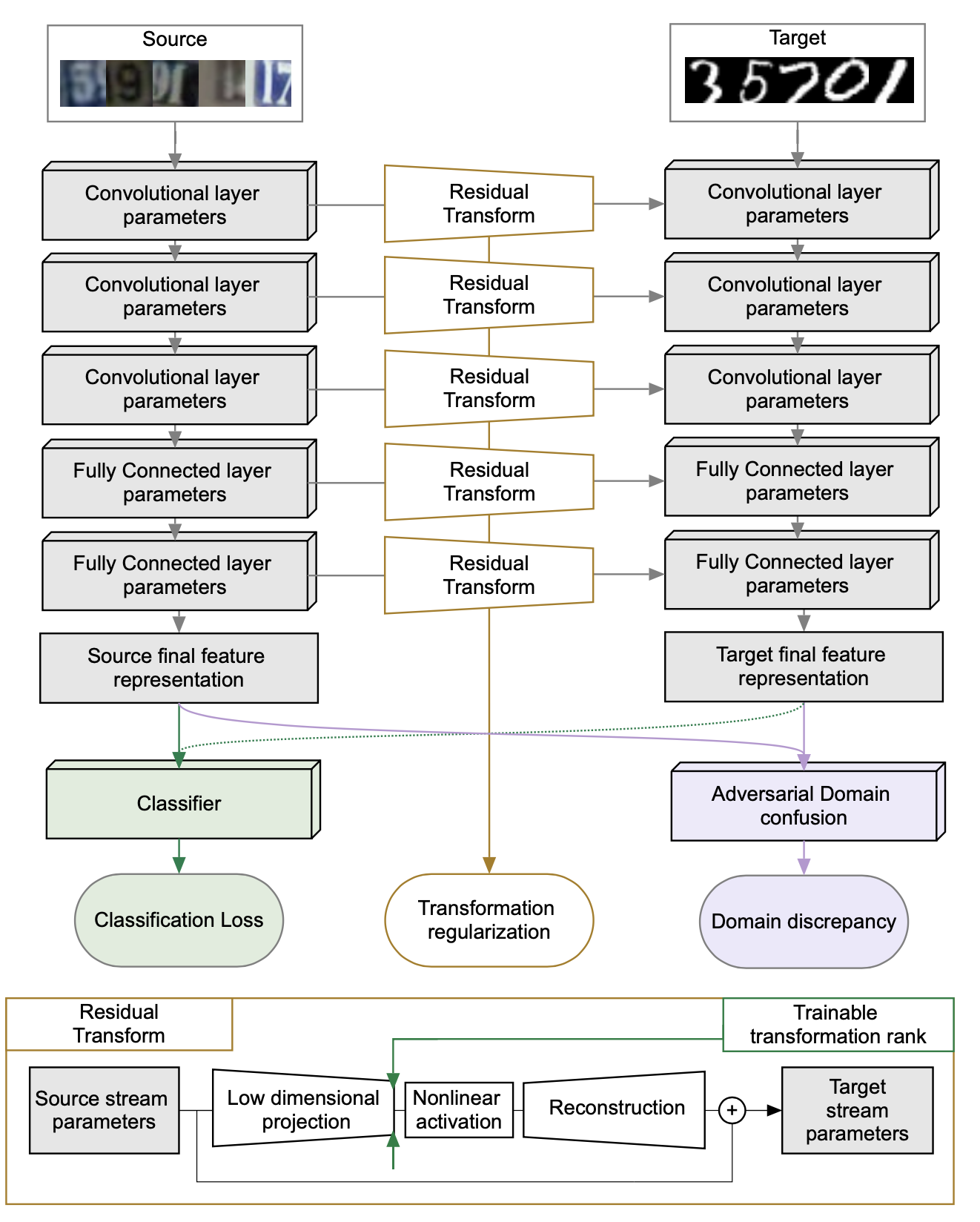 More specifically, the proposed method uses encoder-decoder for residual transform (as shown above), which could be written as:

Here the layers parameter as in the matrics form:

The following loss functions are used:

As shown in the image below, the performance is not very sensitive to the weights of those loss functions. 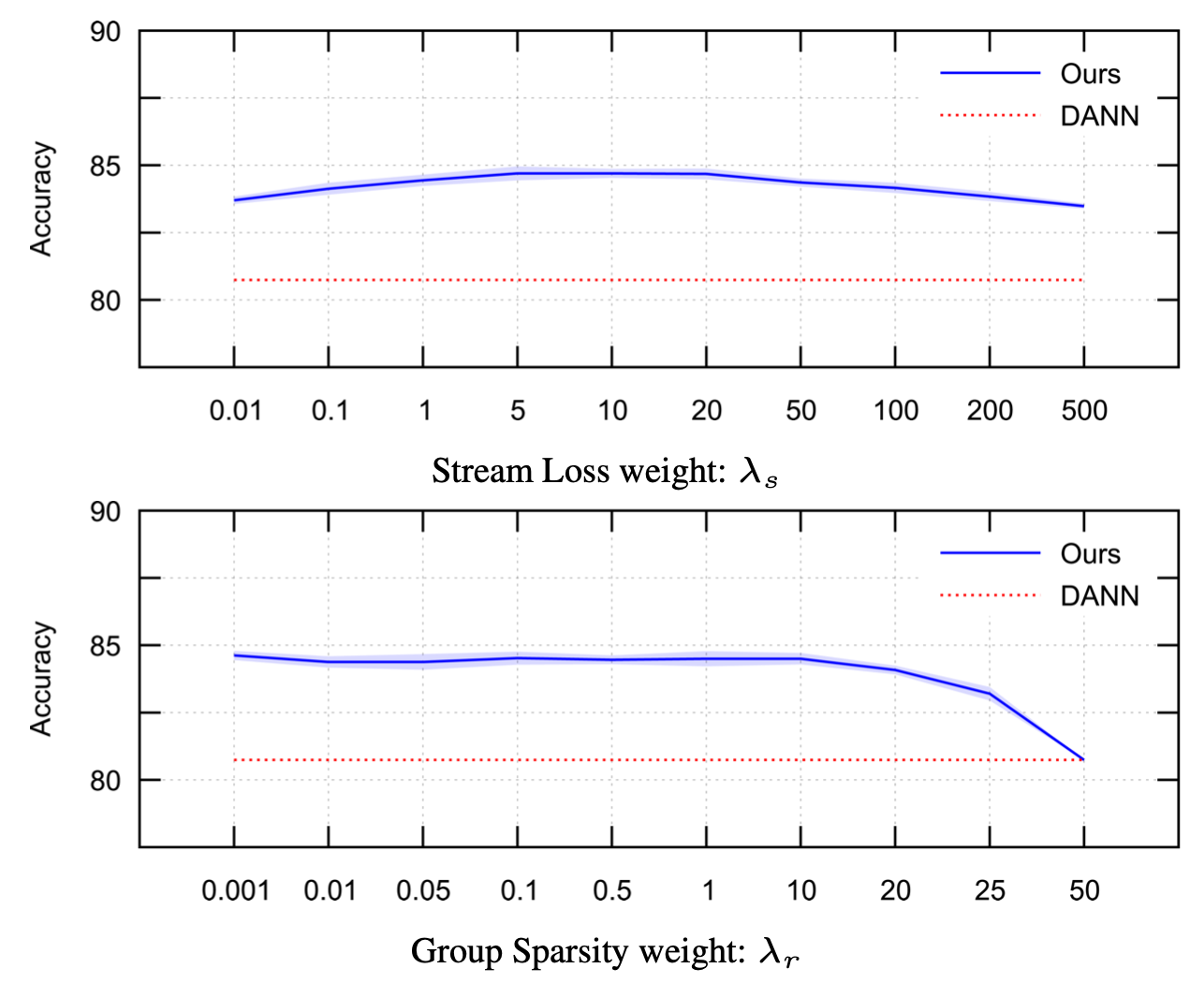 The paper uses approximal gradient descent to learn the network:

The experiment result on digit recognition from SVHN to MNIST. Here LeNet or SvhNet is used which are very small networks. 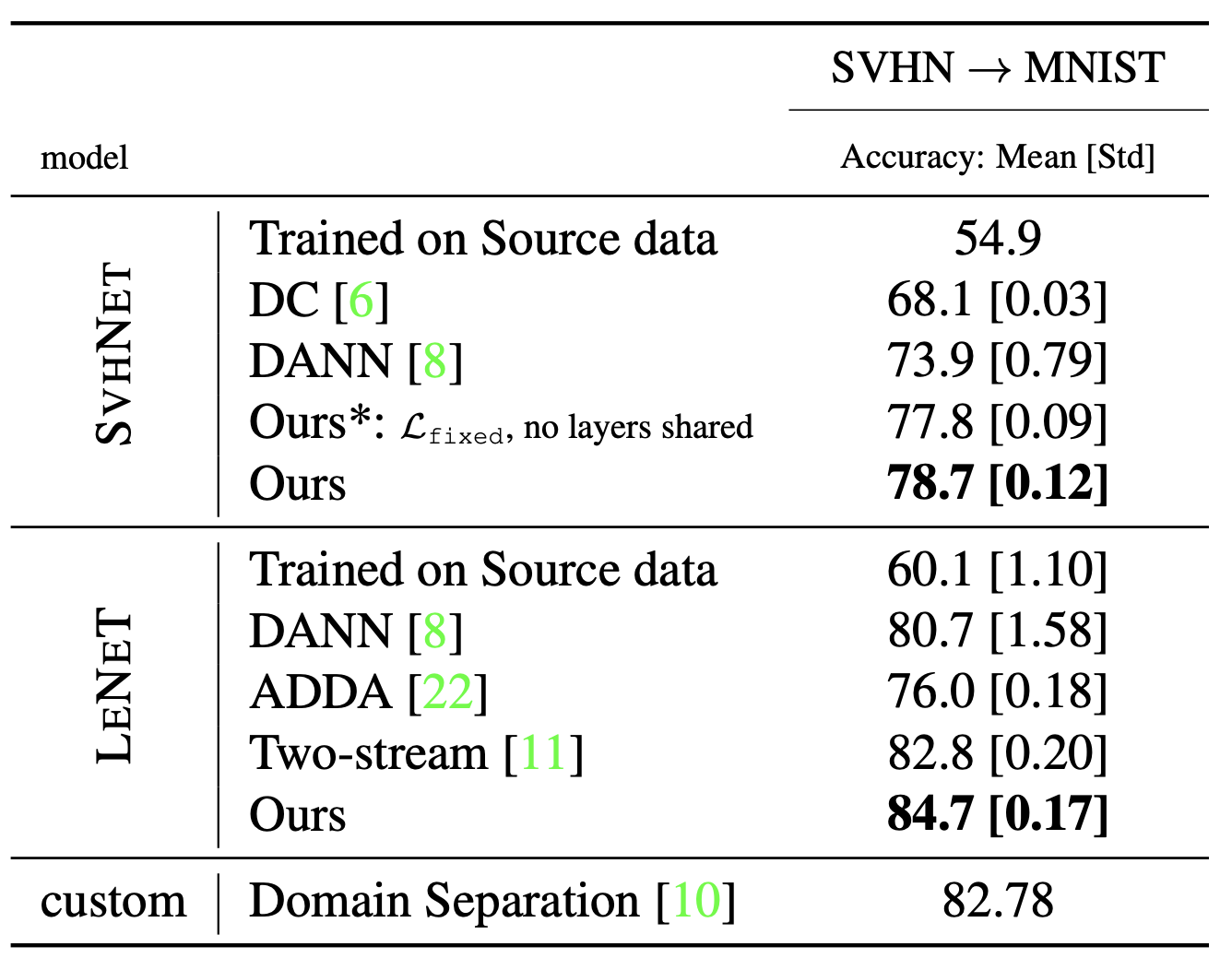 The figure below shows experiment result on object recognition for office dataset with ResNet-50 as network backbone. Please check the asymmetric improvement on A to D (or W) vs D (or W) to A.

Sample images from the Office dataset. 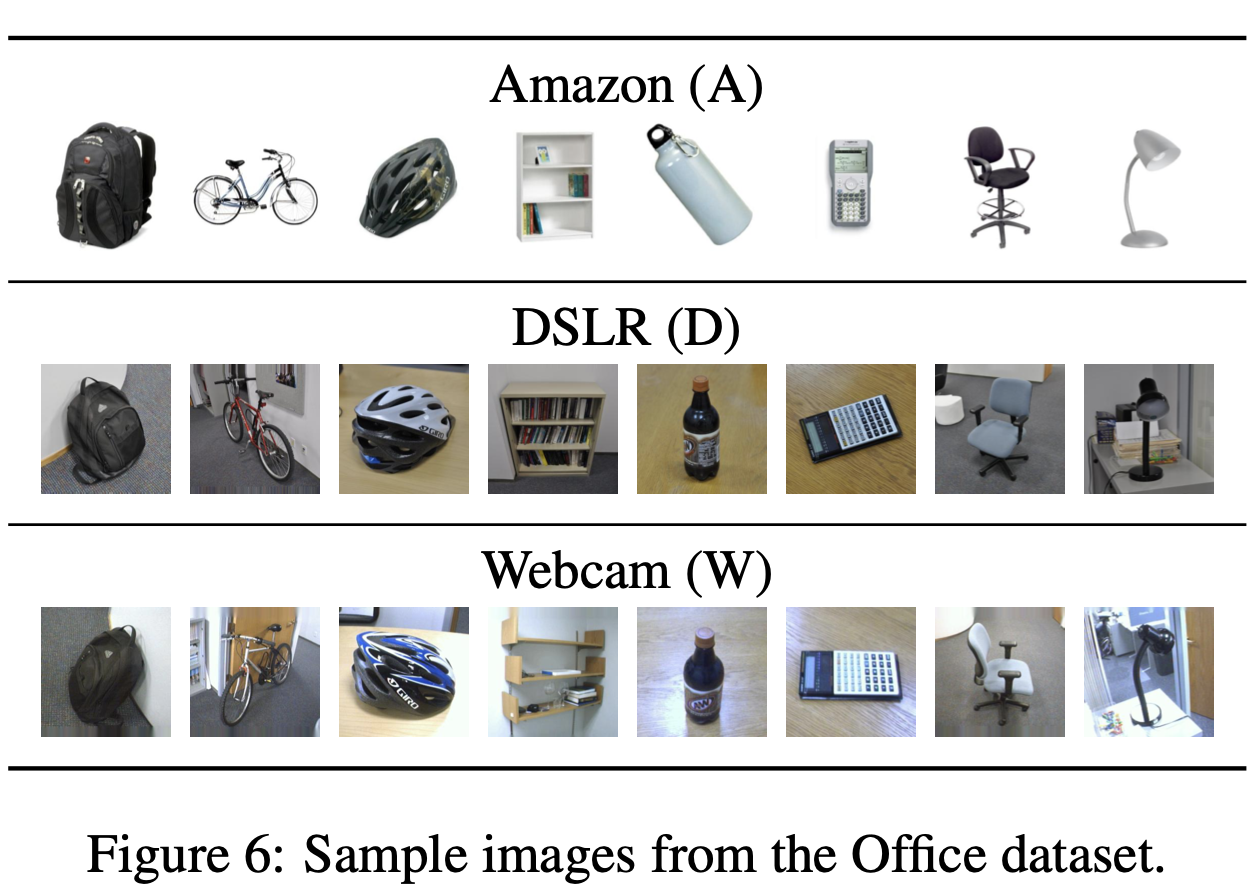 The figure below shows the \(l_i\) and \(r_i\) for the residual transform for ResNet-50 learned on office dataset.