This is my reading note for Learning to Regress 3D Face Shape and Expression from an Image without 3D Supervision (code). The paper is also called RingNet and was published in CVPR 2019. The paper solves the problems of 3D face reconstruction from a single 2D image and the training requires no 3D ground truth. To this end, RingNet leverages multiple images of a person and automatically detected 2D face features. It uses a novel loss that encourages the face shape to be similar when the identity is the same and different for different people. This is based on observation that an individual’s face shape is constant across images, regardless of expres- sion, pose, lighting, etc. 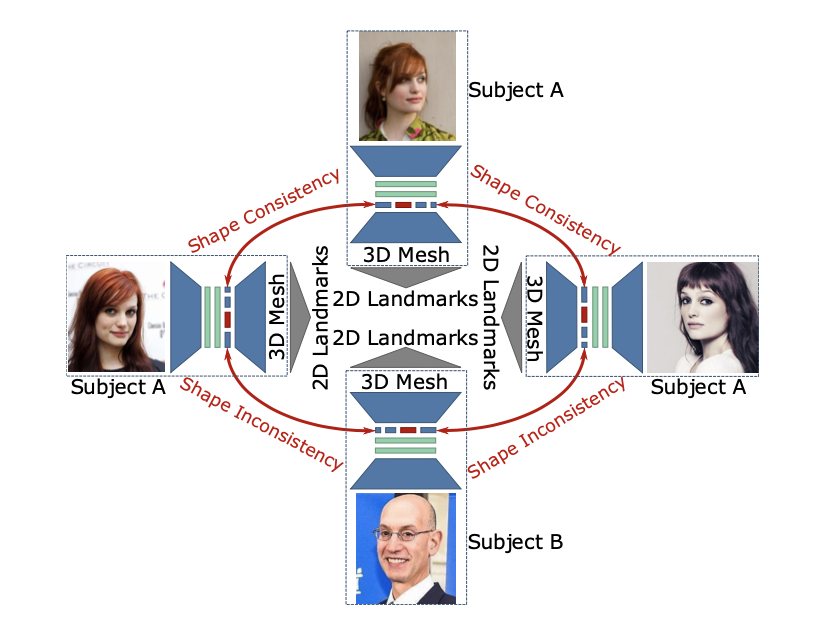 FLAME is used as decoder here, which takes feature vectors (identity \(\beta\in\mathbb{R}^{100}\), expression \(\psi\in\mathbb{R}^{50}\) and head pose \(\theta\in\mathbb{R}^{15}\)) as input and generates a face mesh. FLAME also supports different rendering to output the 2D image. FLAME could be written as:

FLAME’s parameter is fixed in RingNet.

This figure shows the coverage of variability given different number of basis.

RingNet contains R (R=6 in the paper) of such encoder-decoder networks, where encoder’s weights are shared and decoder weights are fixed. For those R networks, R-1 takes images from same subject and the last one takes image from a different subject. The key idea here is that RingNet the identity shape for R-1 images from the same subject should be similar to each other; while being different from the identity shape for the last image, as it is from different subject. To this end shape consistency loss is used.

The impact of R is shown in the table below:

L1 loss between the ground-truth landmarks provided during the training procedure and the predicted landmarks is also used to ensure the geometry correctness of 3D face.

Two types of landmarks are considered:

we model the contour landmarks as dynamically moving with the global head rotation (see Sup. Mat.). To automatically compute this dynamic contour, we rotate the FLAME template between -20 and 40 degrees to the left and right, render the mesh with texture, run OpenPose to predict 2D landmarks, and project these 2D points to the 3D surface. The resulting trajectories are symmetrically transferred between the left and right side of the face.

The 2D feature loss could be written as below and \(w_i\) is the confidence score of each ground-truth land- mark which is provided by the 2D landmark predictor.

Finally the loss for the whole RingNet could be written as: 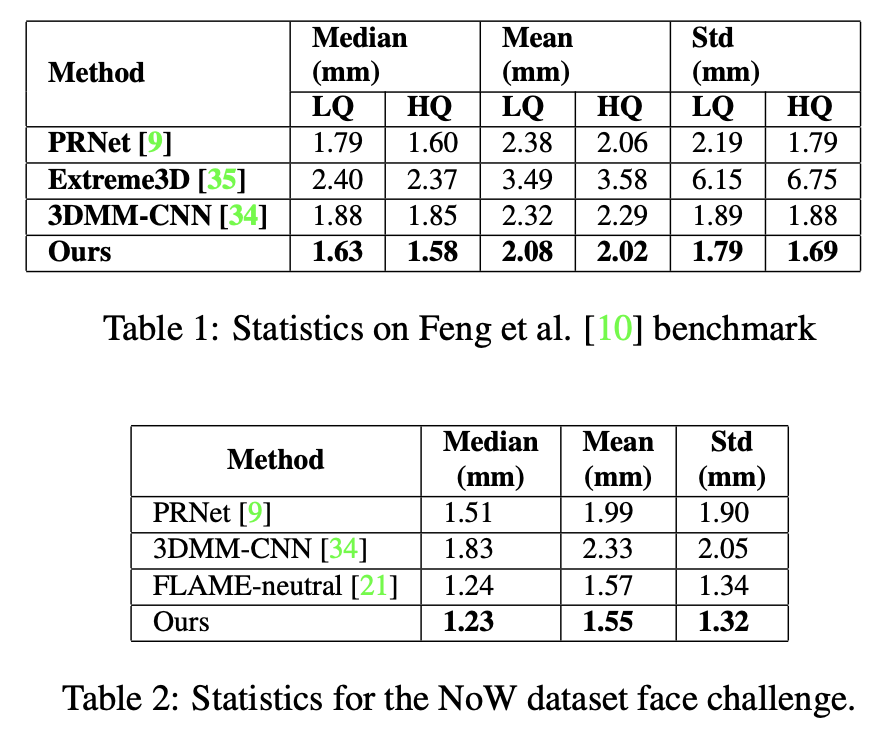