ViT provides the possibilities of using transformers along as a backbone for vision tasks. However, due to transformer conduct global self attention, where the relationships of a token and all other tokens are computed, its complexity grows exponentially with image resolution. This makes it inefficient for image segmentation or semantic segmentation task. To this end, twin transformer is proposed in Swin Transformer: Hierarchical Vision Transformer using Shifted Windows, which addresses the computation issue by conducting self attention in a local window and has multi-layers for windows at different resolution.

The image below described the architecture of the swin transformer:

Self Attention in Non-overlapped Windows

One of the major contributions of swin transformer is that it proposes to perform self attention in a local window instead of globally (each red box as shown below). The windows are arranged to evenly partition the image in a non-overlapping manner and each window contains \(M\times M\) patches (M=7 in the paper). 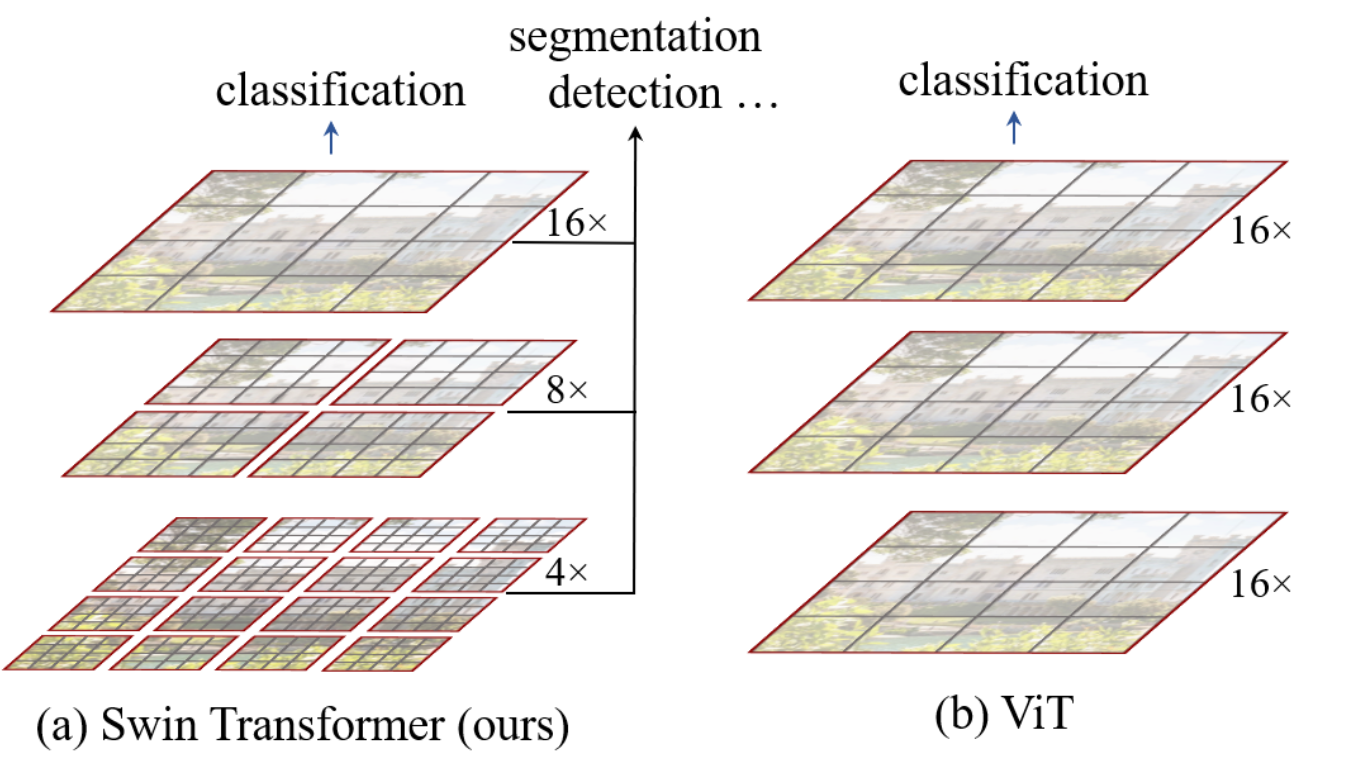 To produce a hierarchical representation, the number of tokens is reduced by patch merging layers as the network gets deeper. The first patch merging layer concatenates the features of each group of \(2\times2\) neighboring patches, and applies a linear layer on the 4C-dimensional concatenated features. This reduces the number of tokens by a multiple of \(2\times2=4\) (2× downsampling of resolution), and the output dimension is set to 2C.

To handle the window at the boundary of image, cyclic shift is used. With the cyclic-shift, the number of batched windows re- mains the same as that of regular window partitioning, and thus is also efficient. It is found to be more efficient and accurate than sliding window method or padding window method.

Table below compares the performance of with and without shifted window, which obviously shows the benefits: 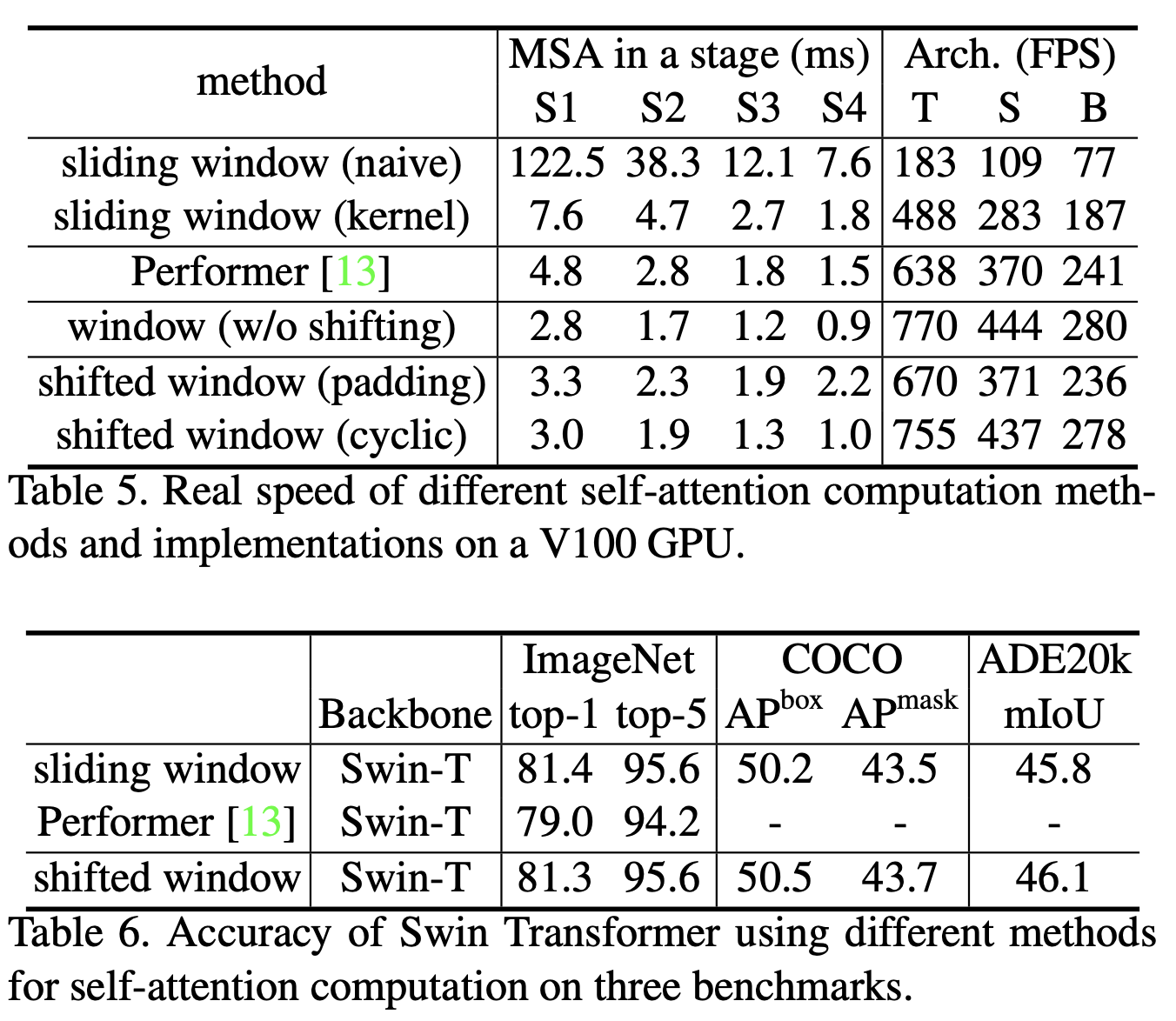 A relative position bias \(B\in\mathbb{R}^{M^2\times M^2}\) is included to each head in computing the similarility for self attention:

d is the query (Q) and key (K) dimension. B is learned from data. The experiment shows relative position bias is important to the final performance, and outperform absolute/global position embedding, which is shown in the table below.